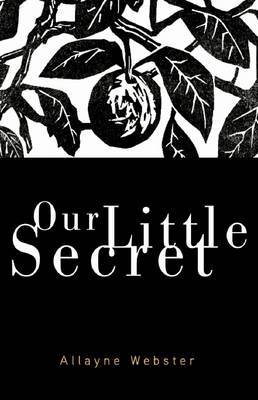 REVIEWS
*Our Little Secret was the first novel to ever be recorded in South Australian Parliamentary Hansard.
*Page 3 of The Advertiser with Senator Nick Xenophon.

The Advertiser – by Katharine England, Children’s and YA Reviewer
‘Edwina’s mix of feelings ring painfully true: flattery, confusion, fear and the all-consuming shame of being used, of having failed the maturity test, of somehow causing her own suffering. Compelling and cautionary. 4/5 stars.’

Sunday Age
‘Webster’s characters, major and minor, are entirely believable. Confronting and sometimes graphic, the message is one of hope.’

Sydney Morning Herald
‘There are some particularly nice touches in this book. The account of genteel school yard bullying is particularly well done.’

The Courier Mail – Brisbane
‘Allayne Webster gives an incredible insight into the confused mind of someone who is little more than a child, and how adults can easily manipulate them but misunderstand and underestimate them.’

Magpies Journal – by Allison Patterson
‘Webster has woven a believable, credible tale that successfully draws its female readers into the character and captures the teenage voice. Our Little Secret will be valued by older readers for its honest depiction of rape, power and exploitation.’

Viewpoint Magazine – by Soo Lee Tan
‘I was unexpectedly mesmerized. Webster conveys Edwina’s sexual naivety completely. She writes a convincing, distressing tale of what Ed believes is a crush, but turns out to be a soul destroying, secretive relationship.’

Fiction Focus – by Deborah Roberts
‘This compelling story of the most hidden of crimes shows that a culture of silence still permeates our society. Webster succeeds in attributing the blame to all the stakeholders who hold such secrets. This is an important Australian book for the same reasons that Enright’s Blackrock is an important play.’

The Adelaidean – by David Ellis, University of Adelaide
‘Our Little Secret has gained much attention in legal and political circles, and was launched by independent No Pokies MLC Nick Xenophon. It has received positive reviews in major newspapers and Allayne has been interviewed on air by Amanda Blair.’

Mostly Books Bookshop – by Samuel Williams
‘Whilst Webster’s novel is quite confronting and vivid at times, it does not exaggerate or sensationalize its subject matter at all. Realism is the name of the game—clear, uncompromising realism. To write realistically from a teenager’s point of view is a difficult task at the best of times. To hold that realism through the tangled emotions of a rape victim would be even harder, but to Webster’s credit, she somehow manages it.’
​
Read Plus — by Fran Knight
‘This book will deservedly cause a stir. Salutary because it gives the readers a valuable insight into the minds of such people. It should be read as widely as possible.’